Dexcom CGM Has FDA Approval For Release Next Year

In amazingly fast timing, the FDA has approved the next-generation Dexcom G5 continuous glucose monitor (CGM) system that will communicate directly with a mobile device, eliminating the need for a separate receiver!

The California CGM company announced the news Tuesday morning, almost a week after regulators had made the actual approval decision. Dexcom submitted the G5 for regulatory review on Feb. 25, so it took the FDA less than six months to give this next-gen CGM the green light. Seriously, that’s quick! 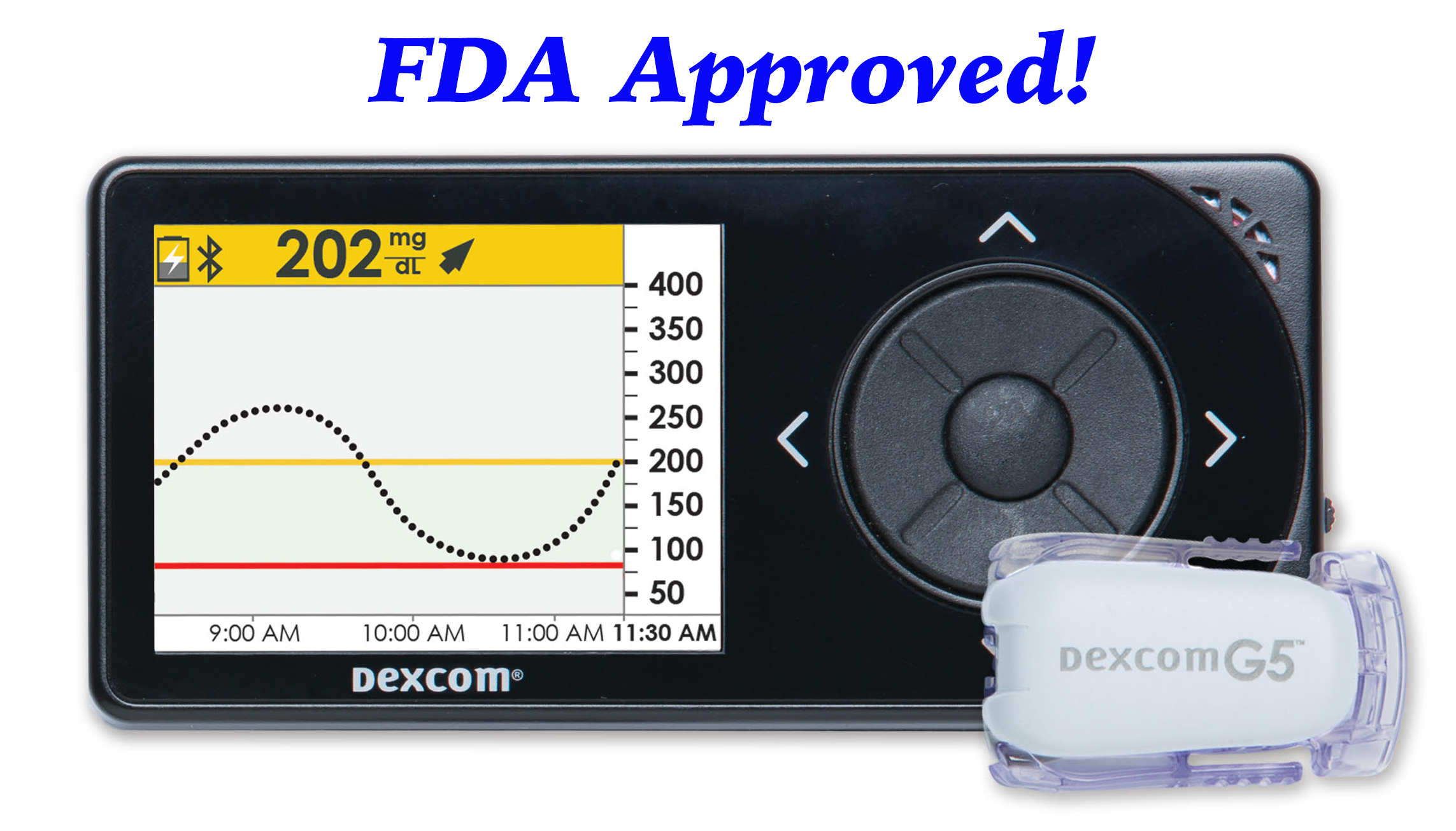 Dexcom press release boasts: “With wireless Bluetooth technology built into the device transmitter, the G5 Mobile… is the first and only fully mobile CGM system approved by the FDA for both adults and children as young as 2 years of age that sends glucose data directly to a smartphone, freeing users from the need to carry a separate receiver. The new transmitter securely sends vital glucose information directly to an app on iOS-enabled devices for real-time diabetes management. Android applications will follow early next year.”